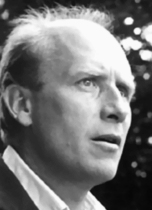 Albert Lamorisse was born in Paris in 1922. Starting his career as a photographer, Lamorisse turned to directing in the late 1940s, making short films about the fantastical and imaginative world of children.

Lamorisse is renowned for his poetic visual style and the childlike innocence of his storylines, but this simplicity actually hides a deeper allegorical meaning, as his films were often concerned with issues of liberty, justice, humanity and – most notably – religion. The combination of Lamorisse’s distinctive flair for aesthetics and his layered yet simple storylines earned him much acclaim from international critics early on in his career.

His first film was Bim (1950), a charming tale of an Arab boy and his beloved donkey. Running for 45 minutes and featuring the voice talents of Oscar-nominated writer, actor and musician Jacques Prévert, Bim was a solid first foray into the filmmaking medium for Lamorisse.

A thoughtful meditation on human nature, freedom and death, White Mane was made in 1953. Lamorisse’s first major success, the 47 minute film won the Grand Prize of the Festival at Cannes and the award for Best Short Film at Prix Jean Vigo, as well as being nominated for Best Documentary Film at the BAFTA Film Awards. It was only three years after the success of White Mane that Lamorisse made one of his finest films: the poetic and beautiful The Red Balloon. Winning numerous awards, including an Oscar® for Best Writing – strangely, as the film had almost no dialogue – The Red Balloon is still recognised today as one of the finest films ever made, with the ability to entrance audiences of all ages.

After the success of The Red Balloon, Lamorisse took a well-earned break from filmmaking, devoting his talents to the creation of a board game. Published in France in 1957 as La Conquête du Monde (The Conquest of the World), it was picked up by Parker Brothers and sold under the name of Risk, remaining one of the most popular board games on the market today.

After this hiatus Lamorisse came back to filmmaking with another world to conquer – that of feature films. Stowaway in the Sky (1960) featured the voice of Jack Lemmon as the narrator and was a moderate success for the director, winning the OCIC Award at Venice and being nominated for a Golden Lion. Fifi la Plume (1965) is often referred to as Lamorisse’s last film, although it is not technically true. This tale of a cat burglar who runs away to join the circus to elude the police, was, however, the filmmaker’s last completed feature film, and won the Technical Grand Prize at Cannes.

Lamorisse concluded his illustrious career with the documentaries Versailles (1967) and Paris Jamais Vu (1967) before being tragically killed in a helicopter crash while filming The Lover’s Wind in Iran in June 1970. Lamorisse’s widow completed the film eight years later, basing the filming on his detailed production notes, and it was nominated for a posthumous Oscar® for Best Documentary in 1979.