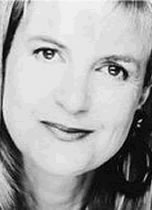 "I think there is still a misconception that all directors are Cecil B. De Mille types with a loud voice and a whip. Perhaps maybe that's why there's always been some puzzlement about a woman in the director's role."

Gillian May Armstrong was born in Melbourne, Australia. Her father was an amateur photographer, and she studied art and film at the Swinburne Technical College from 1968. She debuted as producer-writer-director short films such as 1970's Old Man and Dog and the 8-minute Roof Needs Mowing (1971).

After briefly working as an editor, Armstrong earned a scholarship to the newly created Australian Film and Television School. At the school's interim training scheme for directors, she graduated along side Philip Noyce and Chris Noonan in the school's first group of directors in 1973. Working in various parts of the industry, from designing costumes to assisting director Fred Schepisi on Libido (1973), Armstrong also made the short film Gretel, which was Australia's official entry at the Grenoble International Festival of Short Films.

In 1975 Armstrong began the first in a series of documentaries tracing the lives of three working-class girls. Starting with Smokes and Lollies, she revisited the girls in 1980 in Fourteen's Good, Eighteen's Better, and again in Bingo, Bridesmaids and Braces (1988). These were combined to make the award-winning feature length documentary, Not Fourteen Again, in 1996. In addition to both short and feature documentaries, Armstrong has also made short dramas, music videos and, of course, feature film dramas both in Australia and internationally.

It was with My Brilliant Career (1979) that Gillian Armstrong made her feature film directing debut. Producer Margaret Fink invited Armstrong to direct the film of Miles Franklin's esteemed novel, a project Fink had been preparing for a number of years, assembling the cast and crew. Starring little-known actors Judy Davis and Sam Neill, My Brilliant Career was the first Australian feature length drama directed by a woman in 46 years. Often considered one of the highlights of the Australian period genre, the film won many awards including Best Film and Best Director at the Australian Film Institute awards that year and was invited into competition at Cannes in 1980. It also established a field in which Armstrong continued to work - the period drama - as both an Australian and international film director. She has returned to many of the same issues and themes in Mrs Soffel (1984), Little Women (1994), Oscar and Lucinda (1997) and Charlotte Gray (2001). 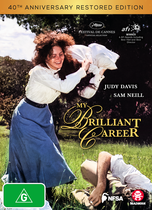