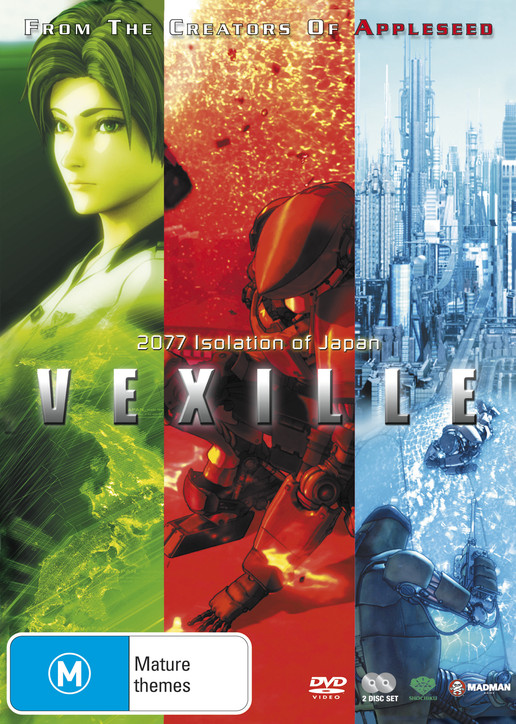 "...outstanding and a thrill ride from start to finish."

The dark secret of future Tokyo!

Japan, 2077: A female agent named Vexille is dispatched to Tokyo to investigate whether the Japanese are developing robotic technology, which has been banned by the U.N. due to its potential threat to humankind. For ten years, Japan has cut itself off from all outside contact, with the changed society within hiding a shocking secret.