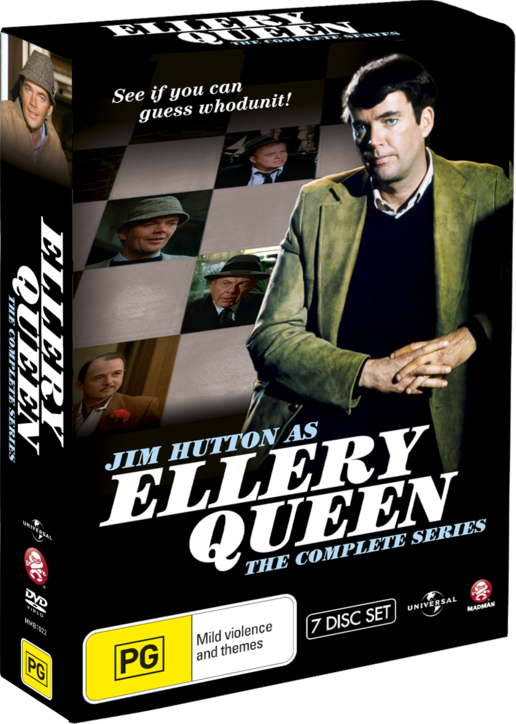 "During the 1930s and much of the 1940s, that detective-hero was possibly the best known American fictional detective."

Long before Murder, She Wrote, Ellery Queen was entertaining viewers with the exact same mystery format: a mysterious murder, a long list of clues and suspects (featuring an array of weekly guest stars) and enough red-herrings to challenge viewers to guess whodunnit! Set in the 1940s, Jim Hutton stars as the literary hero helping his Police Inspector father unravel the clues to uncover the cleverest of crimes. Never before available on DVD, this 7 disc set presents all 22 episodes of the classic mystery series, including the rarely seen feature length pilot movie.