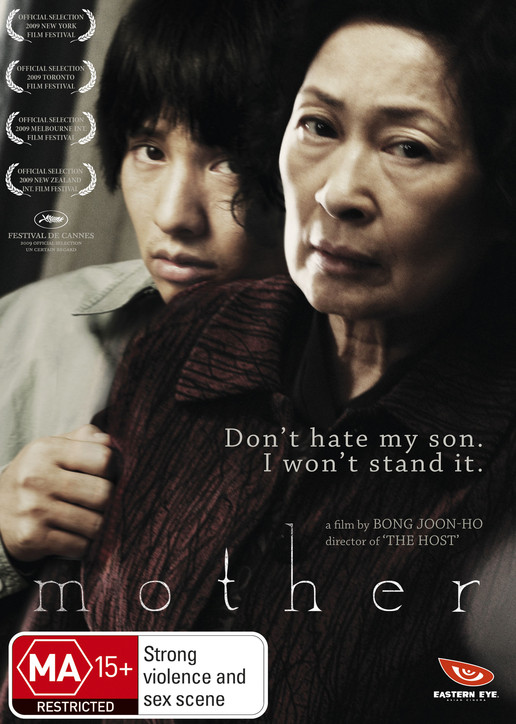 "a meticulously crafted, superbly acted drama/thriller that fascinates and enthralls from its highly unusual opening to its unforgettable final scene."

A mother's desperate search for the killer who frames her son for murder.

From the Academy Award winning director of PARASITE

A disquieting mother-son story starring veteran actress Kim Hye-ja as a small-town apothecary, black-market acupuncturist and single mother to son, Do-joon. Though Do-joon seems too hapless to be dangerous, the local police pin a teenage schoolgirl’s murder on him. Against huge odds, his mother goes after the real killer.