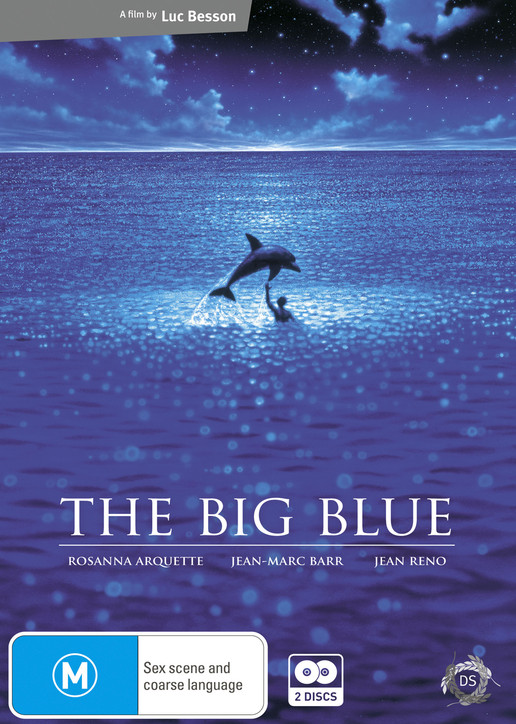 “One of the best films ever made.”

The Big Blue charts the competition and friendship between Jacques and Enzo first in their youth, and then when they meet again at the World Free Diving Championships in Sicily years later. A dreamy adolescent, Jacques (Jean-Marc Barr, Breaking the Waves, Dancer in the Dark) has grown into a solitary man, caught between the solidity of the real world and the spiritual beckoning of "the big blue"—and in particular the dolphins swimming below. He possesses a unique connection to the sea, the ability to slow his heartbeat and circulation on deep dives, a phenomenon previously only observed in whales and dolphins. Enzo (Jean Reno, Leon: The Professional, Ronin), however, has become the World Champion at his sport with a very different approach. Their rivalry reignited, the pair spur each other on to deeper and deadlier dives. Besson’s first English language production is a story of extremes; of love and solitude, friendship and rivalry, life and death.