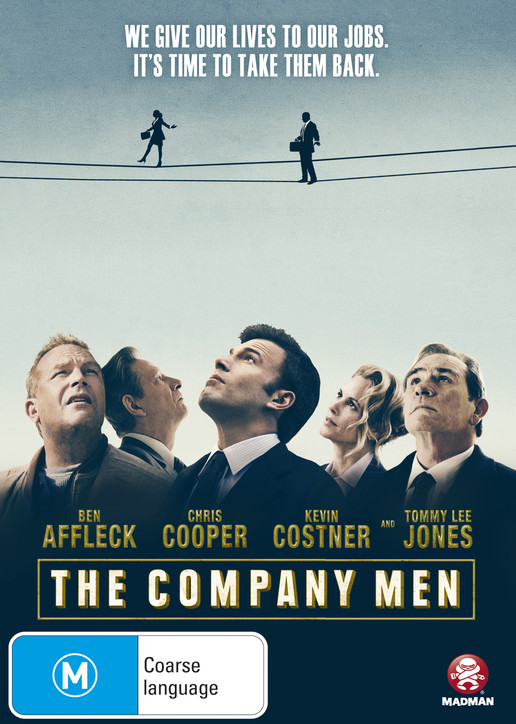 We Give Our Lives to Our Jobs. It's Time to Take Them Back.

The Company Men brings together a group of this generation’s greatest actors—all of whom are Academy Award® winners. Bobby Walker (Ben Affleck, The Town, Good Will Hunting) is living the American dream: he has a great job, a big house, a beautiful family and a shiny Porsche in the garage. But when the effects of the Global Financial Crisis leave him a victim of corporate downsizing, Bobby finds himself not waving but drowning—on the outer at the golf club, baited by his builder brother-in-law (Kevin Costner Dances with Wolves) and well behind on all his repayments.

Soon Bobby is joined by former colleagues Phil Woodward (Chris Cooper, American Beauty, Adaptation) and Gene McClary (Tommy Lee Jones, Men Black, The Fugitive) and each man reacts to his new situation in different ways. All three are forced to re-define their lives as men, husbands, and fathers.

With humor, pathos, and keen observation, writer-director John Wells (ER and The West Wing) introduces us to the new reality of American life: that sometimes you have to lose it all to win back hope. 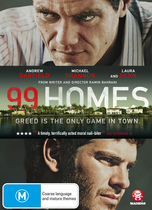 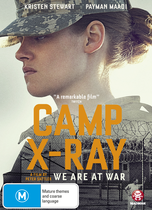 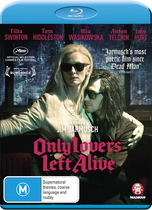