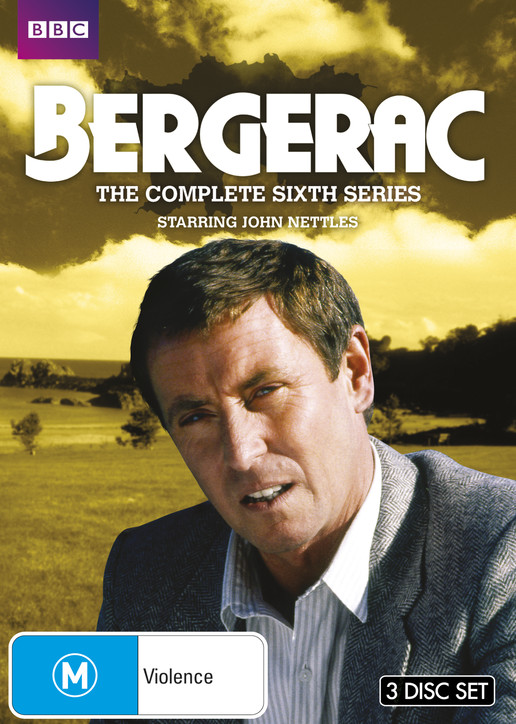 "One of the major plus points of the series was the way that it didn't always stick to your standard crime story of the week format, it's continuing storyline meant that you really got to know the supporting characters and the plots themselves too were never afraid to move into darker territory occasionally moving into outright horror or the unexplained."

Moving with the power of Bergerac’s vintage red Triumph Roadster sports car, each episode guarantees full-throttle excitement, ingenious plots and colourful characters as Bergerac patrols the harbour cafes, cliff-top mansions and secluded coves on the trail of the villains, murderers, spies and smugglers of the holiday island and tax haven.

The sixth series finds Jim still in his long-term relationship with Susan Young, though his dedication to the job is causing difficulties and the return of his admirer, the glamorous jewel thief... More »

Moving with the power of Bergerac’s vintage red Triumph Roadster sports car, each episode guarantees full-throttle excitement, ingenious plots and colourful characters as Bergerac patrols the harbour cafes, cliff-top mansions and secluded coves on the trail of the villains, murderers, spies and smugglers of the holiday island and tax haven.

The sixth series finds Jim still in his long-term relationship with Susan Young, though his dedication to the job is causing difficulties and the return of his admirer, the glamorous jewel thief Phillippa Vale doesn't help either. And there's still no escaping his ex-father-in-law, Charlie Hungerford, who seems to have influence with both the Jersey criminal fraternity and the local police.

Combining action with atmosphere, and spectacle with suspense, BERGERAC launched John Nettles to international stardom for 9 series, leading him to another long-running role as D.C.I. Barnaby in Midsomer Murders. For the first time, all 7 uncut episodes from the sixth series arrive on DVD, plus the 1988 feature-length Christmas Special.

1. WHATEVER LOLA WANTS
Reggie Betts, a convict-turned-supergrass who has stolen a cache of diamonds, is taken to a safe house in Jersey accompanied by Jim and Crozier. Reggie has been warned that gang leader Joey Brown wants his share of the loot from their last haul. For her own protection, Jim also brings Reggie’s mother, Lola, from the mainland. But Lola has other ideas which, combined with the appearance of Joey, throws everybody into confusion.
Guest stars Ann Mitchell, Ron Cook and Ronald Lacey.

2. CROSSED SWORDS
A family vault is opened up in Bergerac’s presence to try to solve a long-standing feud between the French Roussillon family and the Jersey Lefevre family. Jim meets Jack Lefevre and his girl, Marianne Roussillon – and Jack’s brother Alain finds some missing duelling swords which ‘prove’ how the Lefevre ancestor had won a duel with the Roussillon ancestor, Jean-Michel. When Marianne’s cousin Paul appears on the scene, Jim realises that the family feud is more complicated than it originally appeared.
Guest stars James Warwick, Peter Woodward and Cherry Gillespie

3. A HORSE OF A DIFFERENT COLOUR
The disappearance of Crimson Cavalier, a valuable stud race-horse, is reported by Chester Ackerman. His stable-boy, Terry Budd, was at a party, and his two guests slept through the theft. When a ransom is demanded, Jim is sure that there is something more behind the theft, but his investigations are complicated by the arrival of Philippa Vale, now out on parole, who decides to give him some unwanted help – to Susan’s fury.
Guest stars Liza Goddard, Tony Haygarth and Shirley Stelfox

4. BURNT
Tycoon Sir Antony Villiers is suspected of insider share dealing. A raid on his London offices by the Department of Trade and Industry produces no evidence, however, so now attention is on his headquarters in Jersey. Bergerac and Crozier are ordered to co-operate with the DTI, but Villier foils them by destroying the key computer disk. Further investigation leads Jim to the island of Sark, where nominee company director Anne Granger is carrying out business on behalf of the company owner. There is danger in Sark, but Charlie Hungerford and fellow businessmen – victims of Villiers – decide to take action on their own.
Guest stars Ronald Pickup and Vivian Pickles

5. THE SIN OF FORGIVENESS
Bergerac unofficially joins Nazi-hunter Aaron Rosenbaum in the search for Gustav Muller, a former Nazi living in Jersey. In London, Anna Draycott is shattered to read the private diary of her mother, who has died recently. She flies to Jersey to see her father, George Draycott, concealing her knowledge of his past. At Charlie Hungerford’s party for his festival music, he announces that it is Draycott’s birthday – the same date as Muller’s.
Guest stars John Bennett, Alan MacNaughton and Susan Fleetwood

6. MAN OF SORROWS
When a dead body is found in an empty, isolated Jersey cottage, Bergerac is sent to London on a dangerous assignment. In the capital, he is met by Detective Sergeant Hallowes, an unorthodox officer of the City of London Police. Jim soon becomes caught up in a tangled web of drug dealing and crooked cops. To make matters worse, Crozier flies in from Jersey and orders him off the case.
Guest stars Jack Galloway, George Baker and William Simons

7. PRIVATE FLIGHT
Former accountant Pete Retford, with accomplices George Lacey and Sammy Kline, rob a London safe, photographing ledgers. They arrive in Jersey as tourists, and Retford books into a luxury hotel. At Jim’s cottage, Charlie Hungerford gets a worrying telephone call, as does a millionaire called Johnson. But Bergerac’s attempts to help his former father-in-law cause a crisis in his career when the blackmailer and his gang attempt to put him out of action.
Guest stars Eric Allan, Alan Ford and Nick Stringer

8. 1987 CHRISTMAS SPECIAL: RETIREMENT PLAN
Charlie Hungerford flies out to the Costa del Sol where he is put under pressure by two crooks. Beresford and Fuegas are demanding a piece of his business. Bergerac is on the trail of a team of French thieves when he receives Charlie's call for help. Despite Crozier's objections, he sets off for Spain.

There he finds himself involved in a gangland struggle. He discovers that Beresford and Fuegas have hired an assassin, Reno, to kill their associate, Lubeck, who has incriminating evidence against them. However, Lubeck has flown to Jersey, where he plans to retire.
Bergerac hurries back, only to find his girlfriend Susan in trouble and Crozier grappling with a ring of shoplifters.

Susan Young has been negotiating the sale of Miss Amberton‘s house, unaware that Gully, the slow-witted handyman, is afraid of being made homeless. His grudge comes to a head when his caravan is vandalised – he breaks into Jim’s cottage, knocks out Willy Pettit and terrorises Susan. Luckily, Jim arrives in time to defuse the situation before any harm is done.

Back at the Bureau des Étrangers, Crozier insists Bergerac continue his hunt for the French thieves. Jim, however, is more interested in finding the elusive Lubeck. Also stalking the prey are Reno and and his assistant Joe. When they get to him first, attention turns to the whereabouts of his book of incriminating evidence. Can Jim find it before the assassins?
Guest stars Nicholas Ball, James Laurenson, Sylvester Morand, Bill Stewart, Barrie Houghton and Sue Lloyd 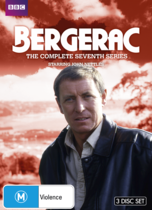 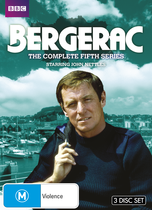