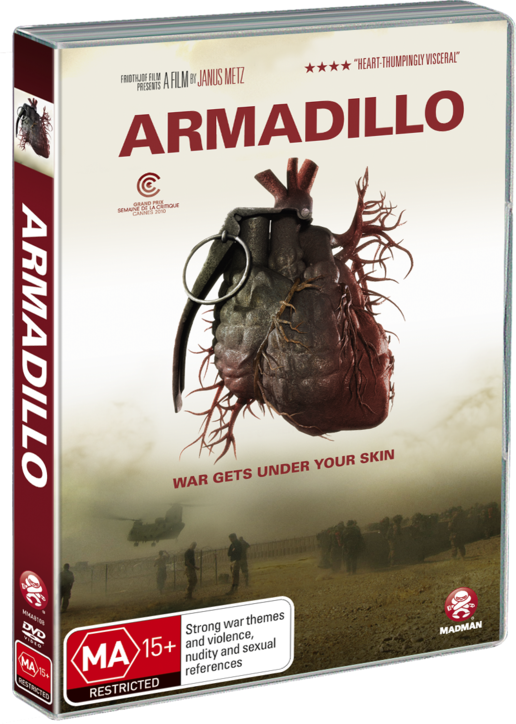 War gets under your skin

Award winning film director Janus Metz arrives in Afghanistan with a group of young soldiers on their first tour of duty. Stationed on the Helmand frontline in Camp Armadillo the platoon fights increasingly fierce battles with an enemy that is nearby but rarely seen. Metz captures life on the frontline with an uncompromising and intense vision, bearing witness to the realities of the combat zone. As the fighting intensifies the effect of modern warfare is gradually realised as exhaustion, fear and adrenaline set in. Idealism meets paranoia in an authentic gun battle and decisions are made that can never be reversed. Gripping, thought provoking and visceral, this is as close as you get to battle action from the edge of your seat.