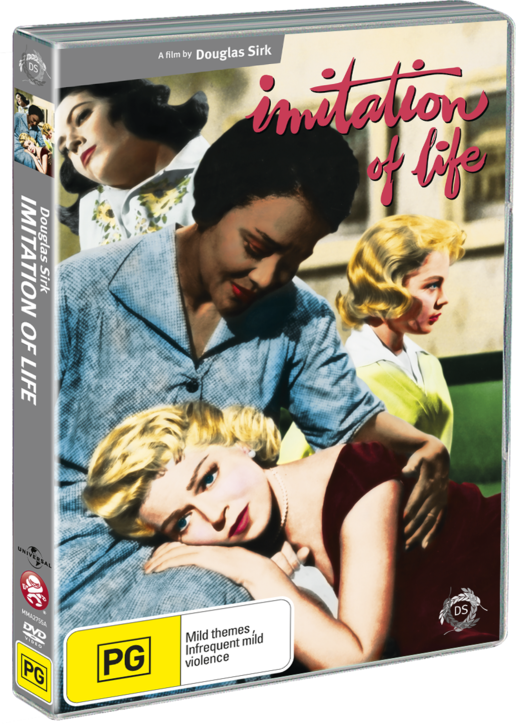 "the most shameless tear-jerker in a couple of years... a splurge of garish ostentation and sentimentality"

A film by Douglas Sirk

The final masterpiece from Hollywood's king of melodrama, Imitation of Life is among the most admired films the American film industry has produced. Screen siren Lana Turner stars as Lora Meredith, an aspiring actress and single mother battling to survive in the lean years of late 1940s New York. During an outing to Coney Island, Lora meets two people who will change her life forever: kindred spirit Annie Johnston (Juanita Moore), a black woman in need of a home for herself and her pale-skinned daughter Sarah Jane, and photographer Steve Archer (matinee idol John Gavin). As Annie and Lora form a partnership that will last their lifetimes, their lives are buffetted by the winds of love and hate, race and ignorance, pride and glamour.

Also starring Sandra Dee at her saccharine best as Lora's grown-up daughter Susie, and awarded Oscar® nominations for Best Supporting Actress for both Juanita Moore and Susan Kohner as the vicious, misguided Sarah Jane, Imitation of Life stands as the crowning achievement in the career of one of Hollywood's most admired and imitated directors.