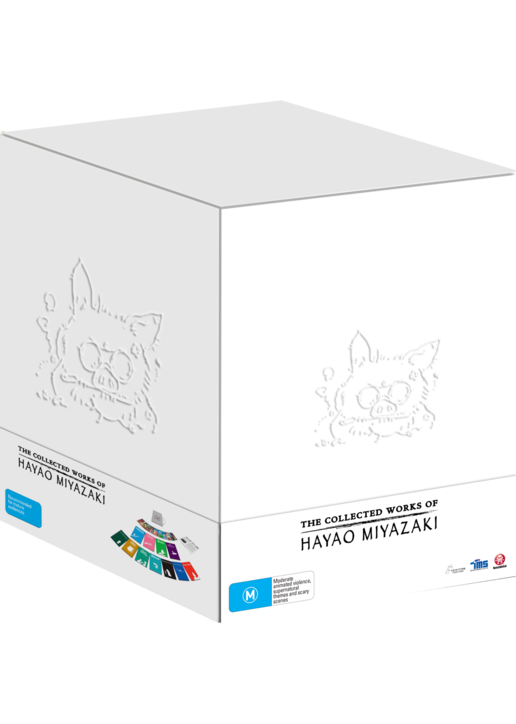 Presenting the complete feature-length works of Hayao Miyazaki, world renowned artist, auteur and founding member of the iconic Studio Ghibli. The special limited edition box-set collects Miyazaki's 11 feature films - from The Castle of Cagliostro to the Academy Award®-nominated The Wind Rises – and offers a rare look at some of his earliest works, presented with English translations for the first time.