Create a Madman Account Already a Member? Sign In
Madman TV on DVD The Two Ronnies: The Picnic / by the Sea

The Two Ronnies: The Picnic / by the Sea 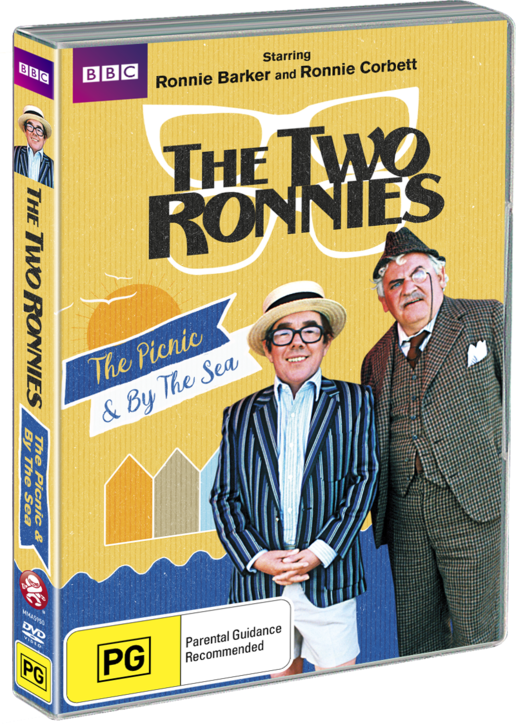 " In the days of three-channel telly, they pulled 22 million viewers – and their Christmas specials were a staple of the festive schedules."

The Two Ronnies' acclaimed BBC specials available on DVD for the first time.

Enjoy a double-helping of delightful farce in these two irresistible, rarely seen ‘silent’ comedy television shorts from the award-winning team THE TWO RONNIES.

Ronnie Barker is the crusty old general and Ronnie Corbett is his doltish son as they lead a family of English eccentrics including the general’s dotty sister, her easily shocked companion and a fiendish small boy with a passion for practical jokes. Add in a leggy blonde or two and you have a recipe for some of the sauciest humour this side of Tiddley Cove.

First up the family head to the countryside for a picturesque, palatable picnic where mistaken motives muster misinformed malevolence. Then it’s off to the seaside for sand, surf and saucy shenanigans.

Riding high on the success of their phenomenally popular BBC sketch comedy series, THE TWO RONNIES paid tribute to the ‘silent’ comedy era with these two hilarious and cleverly performed visual romps. Never before available on DVD, The Picnic (1976) and By The Sea (1982) are sure-fire examples of Britain’s favourite comedy duo at their peak.