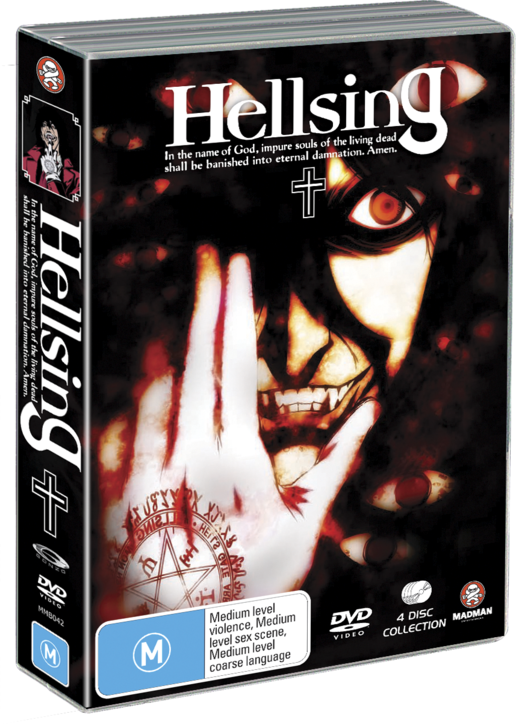 The worst enemy of the night - is one of its own.

A secret war is brewing in the night - a war in which humanity is only a pawn. The mysterious Hellsing Organization deploys within the shadows to protect ordinary mortals from the undead legions that would prey upon us.

Now, as the ghouls and vampires increase in number, they threaten the human police forces forcing the deployment of the Hellsing Organization's ultimate weapon - the rogue vampire, Arucard!

After saving Victoria Seras Victoria, a special police operative from death by transforming her into a vampire, Arucard must work with her to fight the undead army - as well as her own newfound hungers!