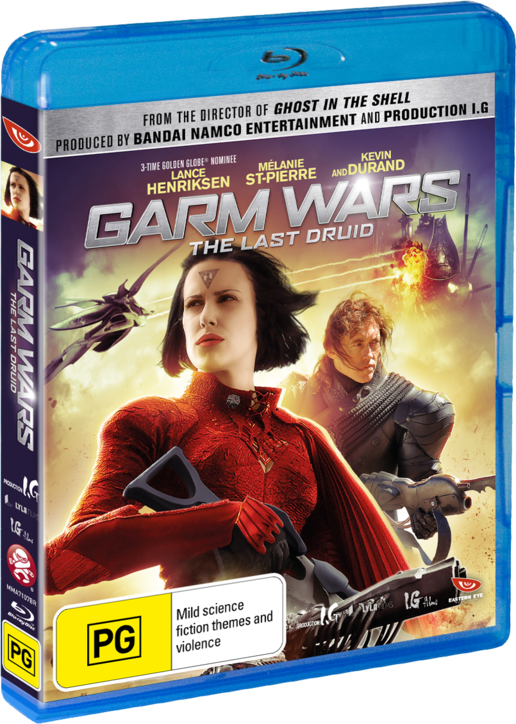 "Garm Wars may initially seem like a gorgeous piece of SF candy, but there's actually quite a bit to consider below the surface."

FROM THE DIRECTOR OF GHOST IN THE SHELL AND STARRING LANCE HENRIKSEN (ALIEN), KEVIN DURAND (LOST) AND MELANIE ST-PIERRE (ASSASSINS CREED)
In a world where clone soldiers from three military tribes are locked in a perpetual battle of air, land and technology, one clone is separated from the battle and finds herself on the run with a group of unlikely companions.