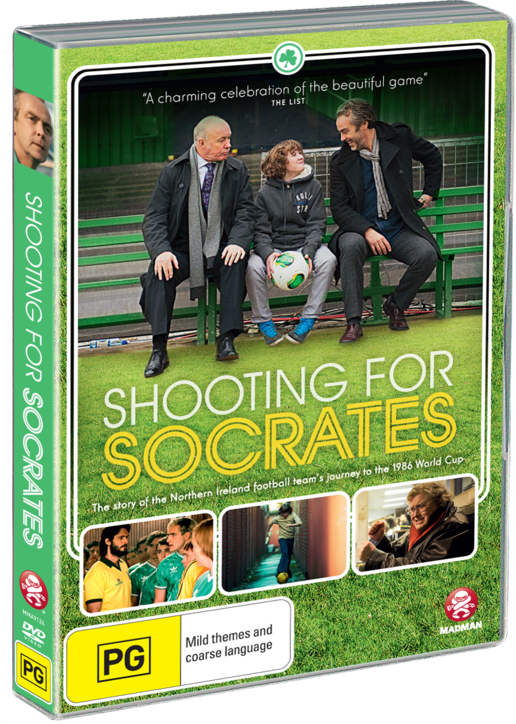 "A charming celebration of the beautiful game"

Beauty comes first. Victory is secondary. What matters is joy.

SHOOTING FOR SOCRATES is a joyous David and Goliath comedy drama for all ages about life, survival and the beautiful game.

Set against the backdrop of the Irish Troubles, nine year old Tommy (Art Parkinson) learns to make sense of the world through his passion for the beautiful game and his philosophy-loving dock worker father (Richard Dormer). Meanwhile, the tiny nation’s football team, led by grizzled veteran manager, Billy Bingham (John Hannah), beats the odds to reach the World Cup Finals in Mexico – only to find the toughest possible draw will pit them against the Goliath of world football: Brazil, led by the remarkable politician/intellectual/footballing genius Socrates de Souza. Blighted by injuries, Bingham attempts to put together a team of world beaters from ageing pros, rookies and his own David (Nico Mirallegro) in an attempt to bridge religious divides and inspire a nation - and one young boy to dare to dream.