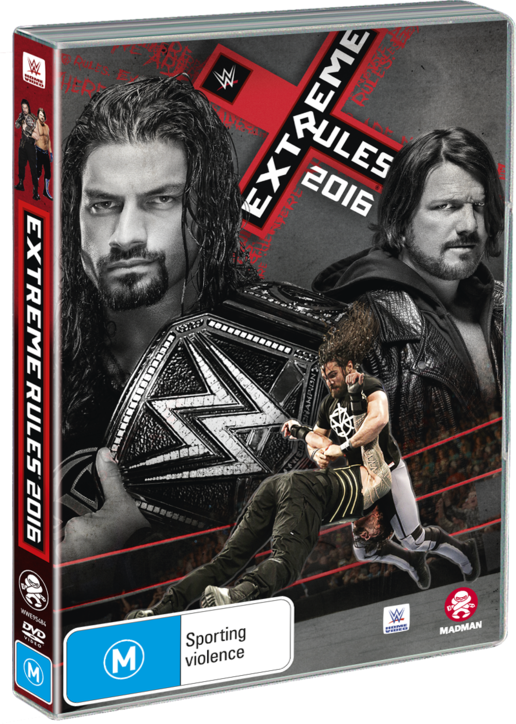 Rules are meant to be broken, but in WWE, rules are meant to be EXTREME! In a rematch from Payback, AJ Styles steps up to challenge Roman Reigns for the WWE World Heavyweight Championship in an Extreme Rules Match. Plus, The Vaudevillians challenge The New Day for the Tag Team Titles, Charlotte defends the WWE Women's Championship against Natalya in a Submission Match, and much more!