Create a Madman Account Already a Member? Sign In
Madman TV on DVD The Avengers: The Ultimate Collection

The Avengers: The Ultimate Collection 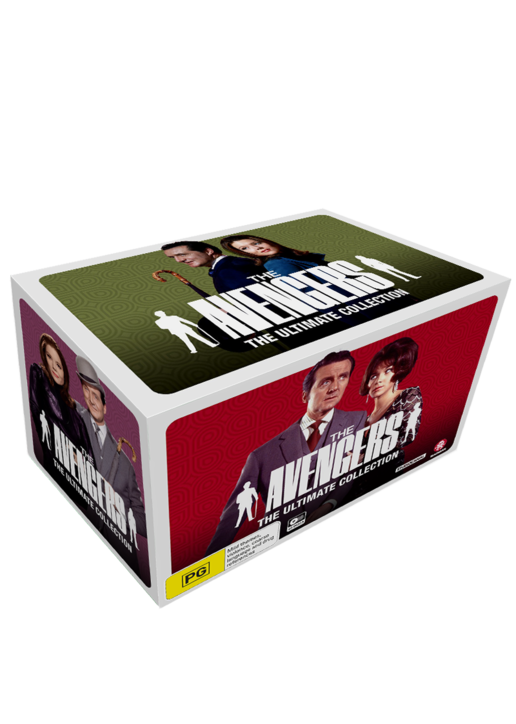 "Macnee faced off against an assortment of evildoers, armed with understated wit and a traditionalist British fashion sense."

The ultimate collector's edition of Britain's ultimate action-adventure series - THE AVENGERS as never seen before.

Patrick Macnee, Honor Blackman, Diana Rigg and Linda Thorson - as THE AVENGERS - offered audiences a fascinating escape from ordinary, uneventful existence into a world filled with danger, excitement, humour and diabolical masterminds. Five decades later, THE AVENGERS still ranks as one of Britain’s finest television jewels and now this ultimate collector's edition brings together all eras of the long-running, trailblazing classic, digitally remastered with a voluminous collection of new and vintage Special Features with cast and crew.

This incredible 40 disc collection includes every episode from Series 2 through 6 (and all surviving episodes from Series 1), over 40 hours of special features including a BONUS DISC exclusive to this collection with additional content.

At last, THE AVENGERS are here to own, as never seen before.