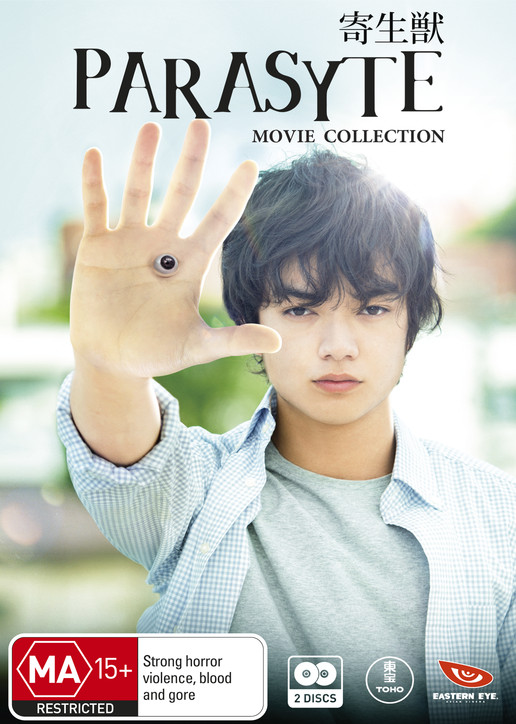 Tiny creatures called "Parasites" have arrived on Earth with the sole purpose of taking over human brains and preying on mankind. When one latches onto ordinary high school student, Shinichi Izumi, he is able to fight it off before it reaches his brain - but it is now stuck within his right hand.

A strange relationship develops between Shinichi and the creature he calls Migi, and before long they begin to encounter other Parasites which launch savage attacks against them and the general populace. Soon enough, it becomes an all-out war between humanity and the Parasites.

But nothing is black and white in this struggle. Why have the Parasites come to Earth? Are they here to cull our numbers? The planet may be better off preserved from the destructive nature of humanity, but we also want to fight to protect our loved ones. Amidst this conflict of values, Shinichi and Migi must continue to work together in the escalating fight against the Parasites.