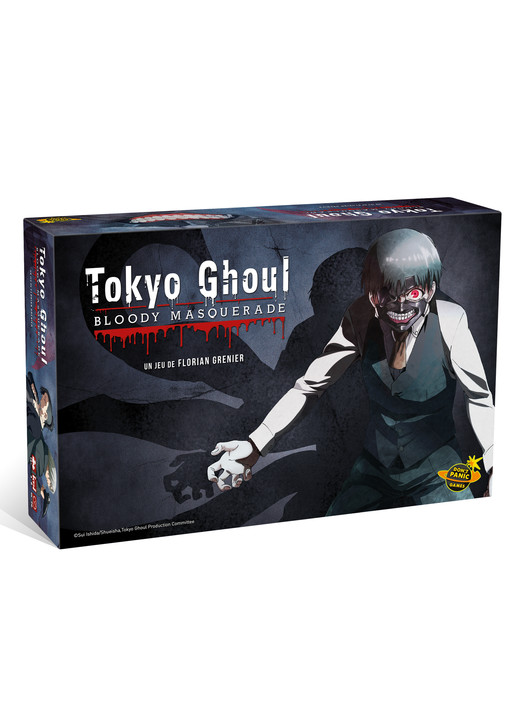 In downtown Tokyo, ghouls are on the move, and they can only quench their thirst with coffee and their bloodthirst with human &#64258;esh. Humans are easy prey, but the investigators from the fearful CCG are on the lookout. Their job : make the ghouls out in the crowd and hunt them down.

In this bluff-and-deduction board game, play as one of 15 different characters from the anime, including Kaneki, Touka, Juzo and Rize.

Whether you are a mere human, a ghoul, or an investigator : roam the streets of Tokyo,keep your identity a secret, investigate, and cover your tracks.It is up to you to uncover the other player’s real nature and come out on top.