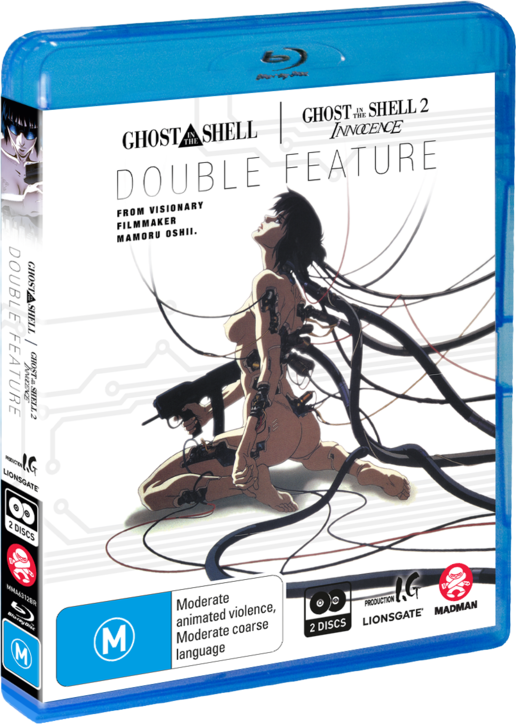 "This is a work of profound and melancholic beauty; every bit as essential in the 21st century as it was in the 20th."

The iconic cyberpunk classic, and it's acclaimed sequel in one set.

GHOST IN THE SHELL
In a world caught in the grip of information overload, where artificial intelligence is more than the real thing and cyborg cops spend their lives surfing on an electronic sea of living data, only the Ghost - the indefinable element of human consciousness - exists to determine who is alive and who is purely a creation of the net.

GHOST IN THE SHELL 2: INNOCENCE
It is the year 2032 and the line between humans and machines has been blurred almost beyond distinction. Humans have forgotten that they are human and those that are left coexist with cyborgs (human spirits inhabiting entirely mechanised bodies) and dolls (robots with no human elements at all). Batou is a cyborg. His body is artificial; the only remnants left of his humanity are traces of his brain... And the memories of a woman called The Major.