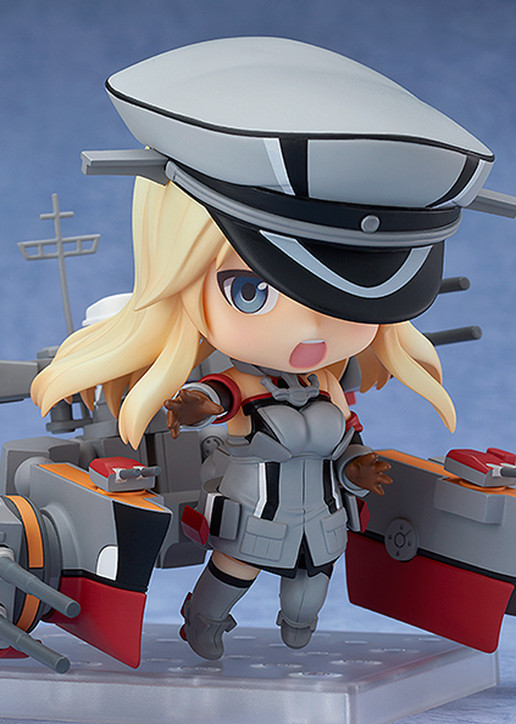 From the popular browser game "Kantai Collection -KanColle-" comes a Nendoroid of the upgraded version of the nameship of the Bismarck-class battleships - Bismarck Kai! The figure is designed based on the "Kai" version, but also includes parts which allow you to partially recreate the "zwei" and "drei" versions of her as well!

The ship parts are articulated to be highly flexible when posing, allowing you to move all her fire power to one side or instead balance it out evenly! The legendary black cat that is also included to display by her side! Be sure to add the very first KanColle Nendoroid based on a German ship to your collection!