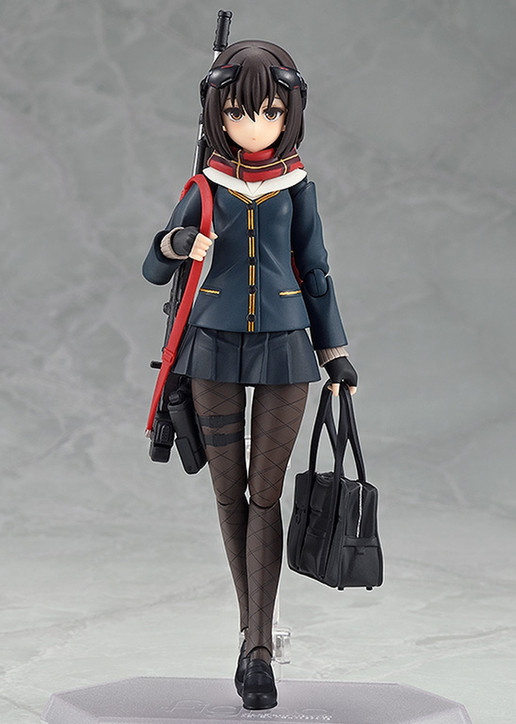 Weapons x High School Girls x figma: The third in the series is a sniper!

$149.95 Add to My Cart Processing...
Add to Wishlist Add to Collection

A new series based on the combined themes of weapons, high school girls and figma! The third in the series is a figma of the Long-Range JoshiKosei, based on the illustrations in the "ARMS NOTE" doujinshi and WEB series by Fukai Ryousuke.

- The smooth yet posable figma joints allow you to act out a variety of different scenes.
- She makes use of drawer joints in her shoulders allowing for broader posing options.
- Three face plates are included: an emotionless face, a sidelong glance and a satisfied smile.
- Optional parts include her sniper rifle, handgun, smartphone, bag, support robot Emgy and alternate hair parts to wear her HDM goggles.
- She also comes with an alternate skirt part to display her kneeling, and a second magazine to display her reloading.
- The perfect size to use with 1/12th scale items such as the Little Armory series. (sold separately)