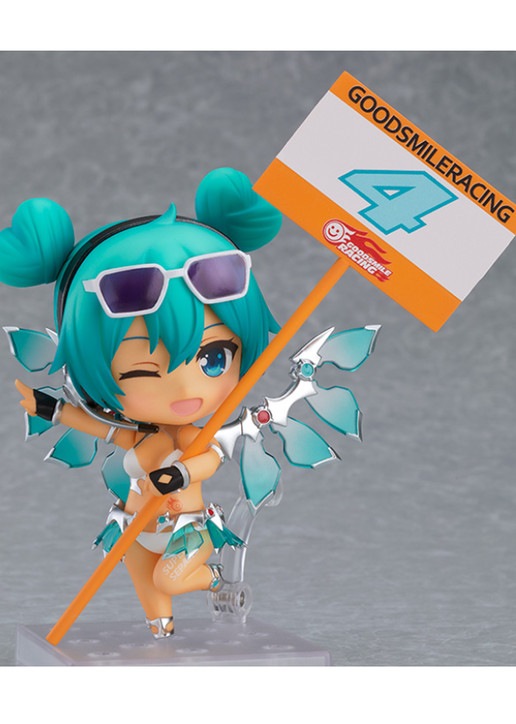 A Nendoroid of Racing Miku perfectly suited for the everlasting summer sun!

To celebrate the 10th anniversary of the Hatsune Miku GT Project's yearly "Racing Miku" character, a new Nendoroid has arrived! The illustration used at the Sepang Circuit in 2013 by illustrator saitom and costume designer Mari Shimazaki, "Racing Miku: 2013 Sepang Ver.", has been transformed into an adorable Nendoroid.

The suntanned, energetic Miku comes with three face plates total, including a winking expression and a smiling expression. She also comes with a grid board fit for a race queen. Translucent parts are utilized for her wings, skirt and sunglasses making for a stunningly beautiful Nendoroid.

Use the included interchangeable lower half parts for another posing option! Be sure to add this slightly different version of Racing Miku to your collection!