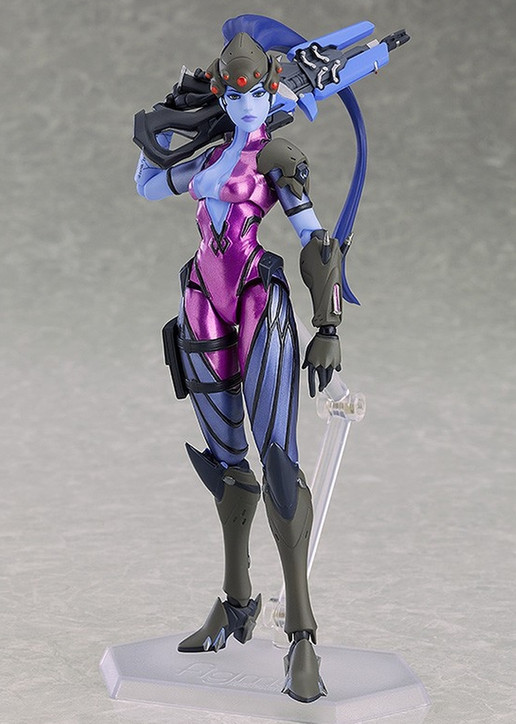 From the globally popular multiplayer first-person shooter Overwatch® comes a figma of Widowmaker!

- The smooth yet posable figma joints allow you to act out a variety of different scenes.
- A flexible plastic is used in specific areas, allowing proportions to be kept without compromising posability.
- She comes with both a standard glaring face plate as well as an aiming face plate looking through her scope.
- Widowmaker comes with both her Widow's Kiss sniper rifle as well as a venom mine part.
- The Widow's Kiss comes with interchangeable parts to switch between sniper mode and fully-automatic mode.
- A grappling hook part as well as alternate left arm firing the hook are included, and a wire is also included with the hook.
- She also comes with a closed version of her recon visor to pose her making use of Infra-sight.
- Also included is an articulated figma stand to facilitate various exciting poses.