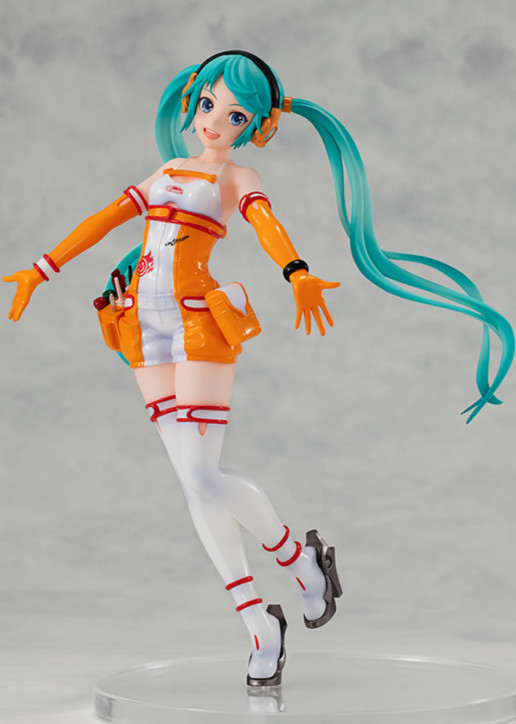 The fifth figure in the series is Racing Miku 2010 Ver. from the 2010 Racing Miku GT Project! Illustrator redjuice's mechanic style design has been faithfully recreated, including Miku's unique heels, her tools and her adorable smile. The figure has been painted to accurately reflect the different textures each material, making for a truly stunning appearance.