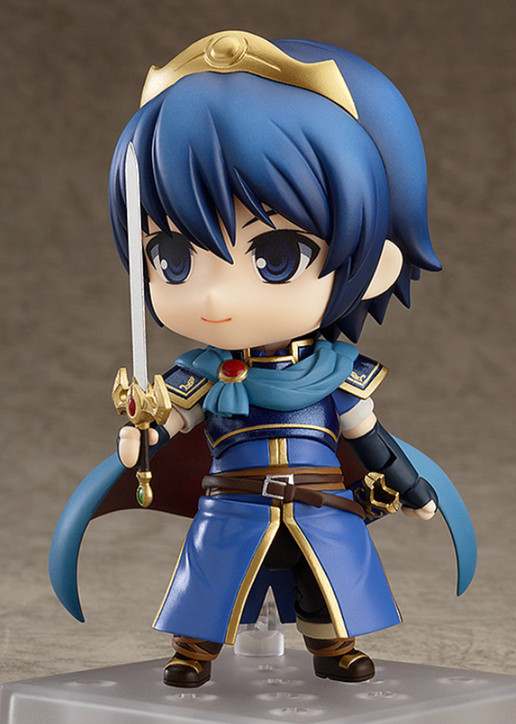 The prince of the Kingdom of Altea is joining the Nendoroids once again!

From the popular game 'Fire Emblem: New Mystery of the Emblem ~Heroes of Light and Shadow~' comes a rerelease of the fully articulated Nendoroid of Marth, the Prince of Altea!

He comes with two expressions including his standard gentle smile as well as a more serious shouting expression for combat scenes! Optional parts include an iron sword, a rapier as well as the Exalted Falchion allowing you to display him wielding various different weapons from the game! Slashing effect parts are also included and the Nendoroid is fully articulated allowing for amazing dynamic combat scenes to enjoy even in Nendoroid size!