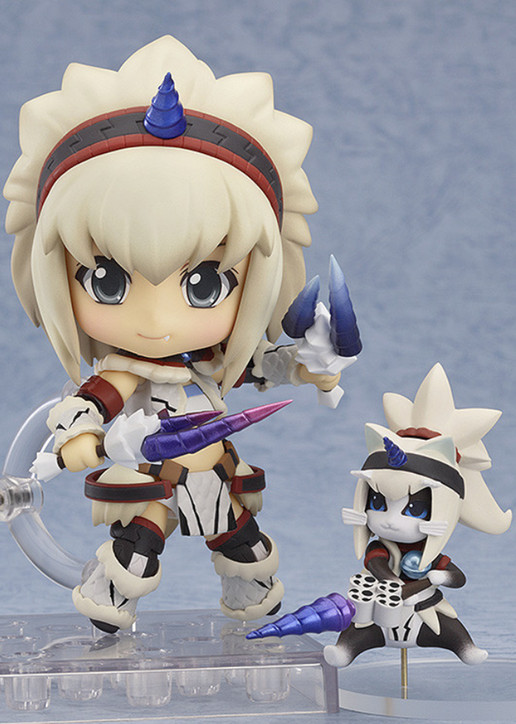 Proof of a successful hunt on the mystical silver unicorn.

$99.95 Add to My Cart Processing...
Add to Wishlist Add to Collection

From the Nintendo 3DS exclusive game 'Monster Hunter 4' comes a rerelease of the Nendoroid of a female hunter wearing the Kirin equipment made from the 'Phantom Brute', Kirin! The armor set is easily one of the most popular in the series, and now it's joining the Nendoroid series in cute chibi size!

Two weapons are included with the Nendoroid allowing you to switch between equipment - she comes with both the 'Kirin Bolts' dual swords as well as the 'Dragon Bow Solar' bow. A demonic face and effect parts can also be used together with the dual swords to pose her in demon form slashing away at her enemies, and a Felyne comrade is also included wearing Kirin equipment! Display them with the other Nendoroids in the series to truly bring out the Monster Hunter universe!