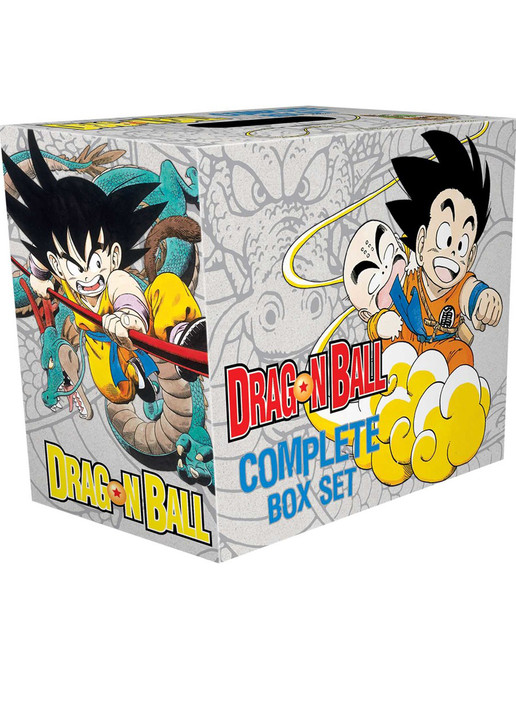 Read the Original Manga That Launched the Entire Dragonball Franchise!

$199.95 Add to My Cart Processing...
Add to Wishlist Add to Collection

The Dragon Ball Complete Box Set contains all 16 volumes of the original manga that kicked off the global phenomenon. Also includes an exclusive double-sided poster and collector’s booklet featuring fun Dragon Ball trivia and guides as well as an interview with its legendary creator.

Legend has it that if all seven of the precious orbs called “Dragon Balls” are gathered together, an incredibly powerful dragon god will appear to grant one wish. Unfortunately, the orbs are scattered across the world, making them extremely difficult to collect. Enter 16-year-old Bulma, a scientific genius who has constructed a radar to detect the exact locations of the Dragon Balls. She’s on a mission to find all seven orbs, but first she must convince young Son Goku to join her on her quest. With a monkey tail, superhuman strength and a magic staff for a weapon, Son Goku is ready to set out on the adventure of a lifetime…