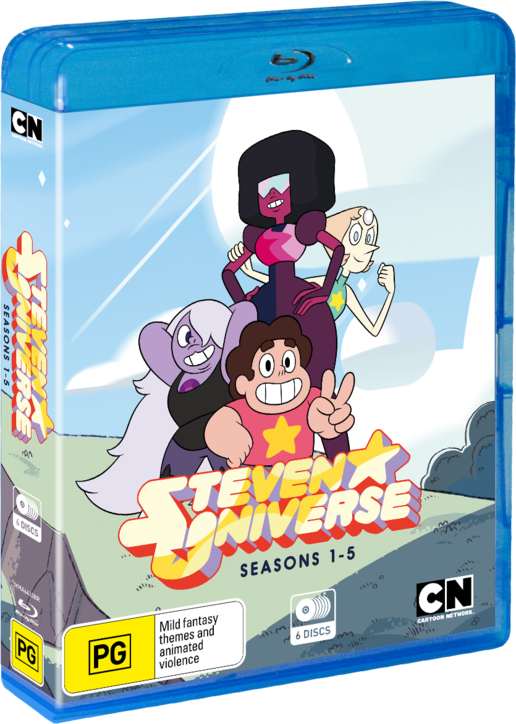 More Steven than You Can Poke A Topaz At!

Believe in more Steven than ever with 5 seasons in this gem-tastic box! Believe in Steven! Steven Universe is a half-human, half-Gem hero who's learning to save the world with the magical powers that come from his belly-button. Steven may not be as powerful as his intergalactic warrior companions, the Crystal Gems. Or as smart. But that doesn't stop him from joining Garnet, Amethyst and Pearl in their magical adventures - where Steven always finds a surprising way to save the day. Get ready to devour all 160 episodes of Steven Universe!