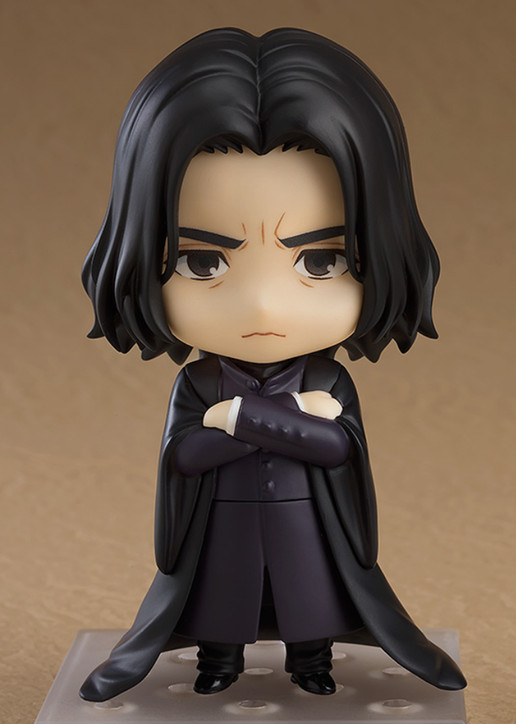 From the popular 'Harry Potter' film series comes a Nendoroid Severus Snape, teacher at the Hogwarts School of Witchcraft and Wizardry! He comes with three interchangeable face plates including a standard expression, a serious expression for reciting spells and a younger face plate from his time as a student at Hogwarts.

For optional parts, he comes with his wand, a potion and a cauldron. A Slytherin uniform body is also included, allowing you to recreate Severus Snape from his time as a student at Hogwarts. Be sure to add him to your collection, along with the other Nendoroids in the 'Harry Potter' Nendoroid series!