"Pedal to the metal, balls to the wall, full steam ahead... whatever metaphor you choose, it is insufficient."

Honnouji Academy - where the school is ruled by students clad in special outfits called Goku Uniforms. Deriding the student body as "pigs in human clothing," Student Council President Satsuki Kiryuin, along with her loyal underlings, the Elite Four, has the academy under their absolute control.

One day, a vagrant schoolgirl named Ryuko Matoi appears and tries to get Satsuki, who recognizes her Scissor Blade, to talk. Was their encounter a mere coincidence or fate? The clash between the two will soon consume the whole academy! 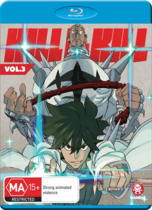 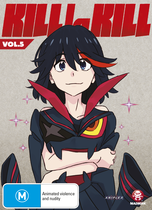 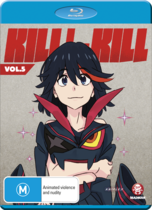