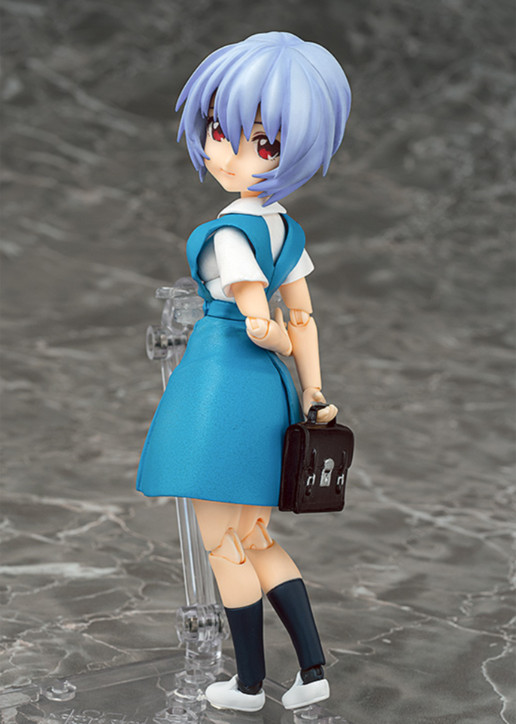 The Parfom action figure series co-developed with garage kit dealer 'RyunRyunTei' Toona Kanshi is back as the brand-new 'Parfom R!' series, featuring even more articulation than before! The first figure to join the series is Rei Ayanami from the Rebuild of Evangelion movies in her school uniform.

She comes with three face plates including a left-facing smiling expression, a front-facing determined expression and a surprised expression from when she drank Shinji's miso soup. Parts can be interchanged with Parfom Rei Ayanami (Plugsuit Ver.). A cup of miso soup and her school bag are included. Be sure to display her with Parfom R! Asuka Shikinami Langley: School Uniform Ver. (sold separately) which will be available for preorder soon!