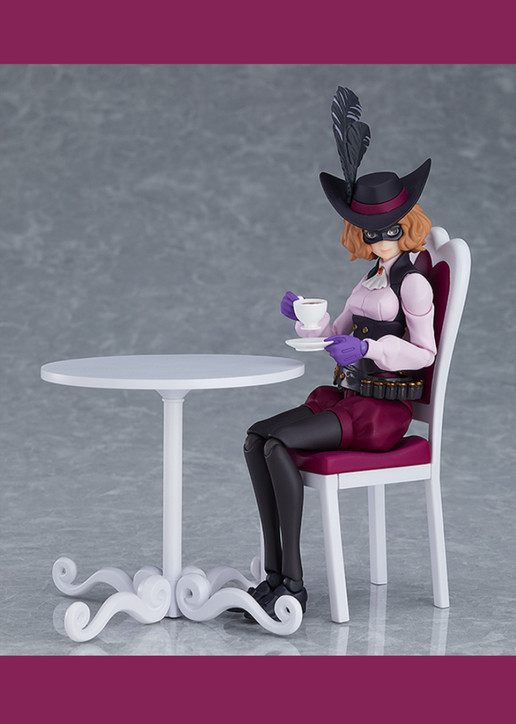 From the popular anime series 'PERSONA5 the Animation' comes a figma of one of the members of the Phantom Thieves - Noir!
- The smooth yet posable figma joints allow you to act out a variety of different scenes.
- A flexible plastic is used in specific areas, allowing proportions to be kept without compromising posability.
- She comes with three face plates including a confident expression, an angry expression and a smiling expression.
- Optional parts include her axe, grenade launcher, a back hair part for use with her hat and a front hair part with mask attached.
- Additionally, the DX version comes with a table & chair set as well as a teacup & saucer set to recreate her All-Out Attack Finishing Touch.
- An articulated figma stand is included, which allows various poses to be taken.