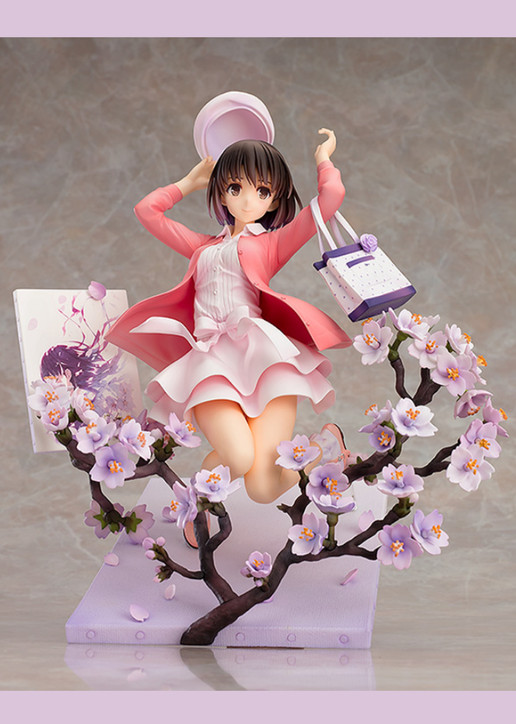 Note: Item ETA April / May 2021. Release date is approximate and subject to change.

The first scale figure of the 'boring' heroine Megumi Kato in her outfit from her first appearance!

From the animated movie 'Saekano the Movie: Finale' comes a scale figure of the main heroine Megumi Kato in her clothing from when she originally met Tomoya! The figure is based on a Blu-ray jacket illustration by Kurehito Misaki from the anime series' second season.

The figure features a highly dynamic sculpt with cherry blossoms and a canvas adorning the base. Kurehito Misaki's unique style from the original illustration has been meticulously recreated with elaborate paintwork. Be sure to add this special figure featuring Megumi's outfit from the very beginning to your collection.