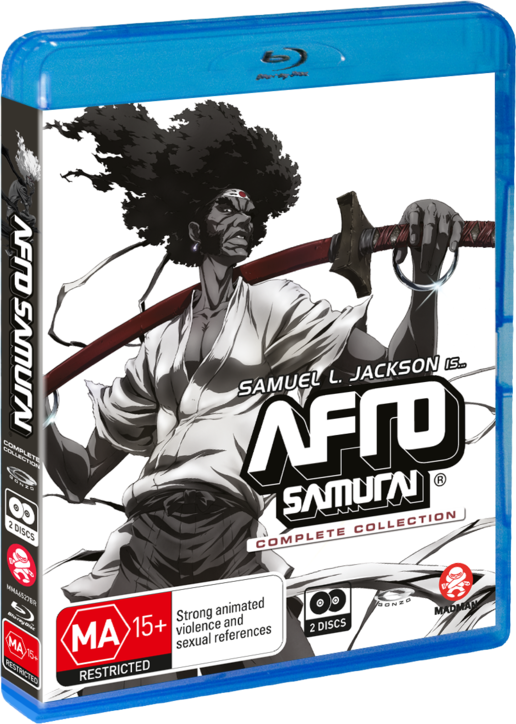 "AFRO SAMURAI does not kid around. The confident series is a set multi-cultural polymer, aggressively violent and interested in getting as much impact out of every scene as possible."

In a strange world of swords, guns & kimonos, cell phones & cybernetics, a black samurai, Afro Samurai, seeks revenge from a man named Justice, who killed his father & is the #1 fighter in the world. After Afro earns the rank of #2 & the right to challenge Justice, he faces bounty hunters, bar thugs & mad monks who covet the #2 title. With sidekick Ninja Ninja in tow, backed by killer hiphop, Afro cuts a bloody path of revenge!