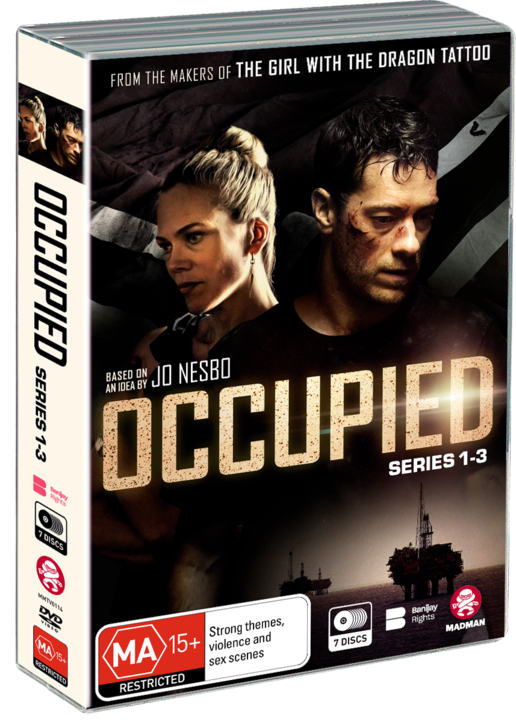 Collect all three series of OCCUPIED at one low price!

Following up on their environmental promises, the Norwegian government halts all oil production sending the country and the rest of the world into crisis.Unable to ignore the calls from the rest of the world to intervene, Russia, at the behest of the EU, stages a 'silk-glove' invasion - to secure the oil for the rest of the world. They have, they say, every intention of retreating once this has been accomplished. But events unfold that threaten to change all of this. From the makers of THE GIRL WITH THE DRAGON TATTOO, WALLANDER and acclaimed crime writer Jo Nesbo, OCCUPIED is Norway's most successful and expensive television series ever made. This triple pack contains Series 1, 2 & 3.