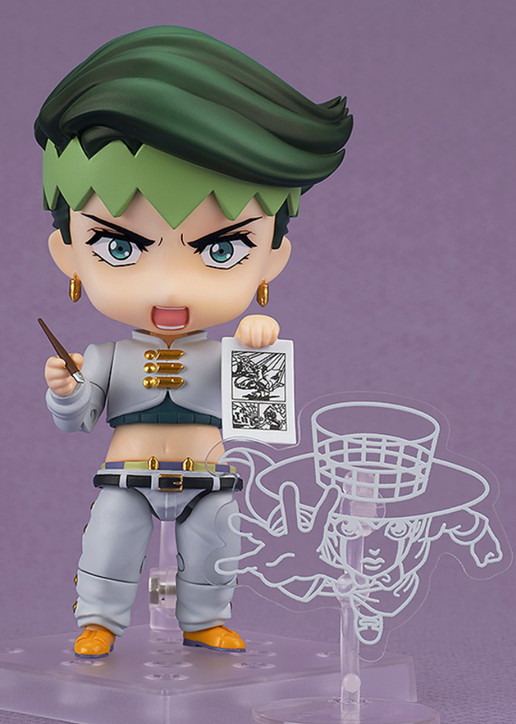 From the anime series 'JoJo's Bizarre Adventure: Diamond is Unbreakable' comes a Nendoroid of Rohan Kishibe, the manga artist dedicated to seeking out inspiration from reality by any means necessary. The figure is fully articulated so you can display him in a wide variety of poses. He comes with three face plates including his intellectual standard expression, his intimidating combat expression and his 'I refuse.' expression, allowing you to recreate a certain famous scene from the series.

For optional parts, he comes with a pen, a manuscript, a clear plate featuring his Stand, Heaven's Door, as well as his sketchbook. Various hand parts are included allowing you to recreate all kinds of poses. Enjoy combining all of his different included parts to recreate your favorite scenes from the series. Be sure to add him to your collection!