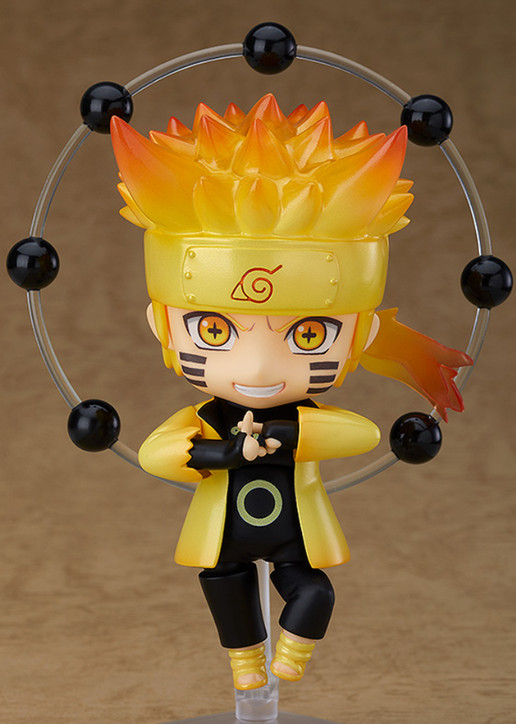 Naruto Uzumaki in his Sage of the Six Paths appearance!

From the popular anime series 'Naruto Shippuden' comes a Nendoroid of Naruto Uzumaki in his Sage of the Six Paths appearance! He comes with three face plates including a standard expression, a shouting expression and a combat expression that shows Naruto with a kunai in his mouth.

A Tailed Beast Bomb Rasen-Shuriken, Truthseeker Orbs and his Six Paths Rod are included as optional parts. Be sure to add him to your collection!