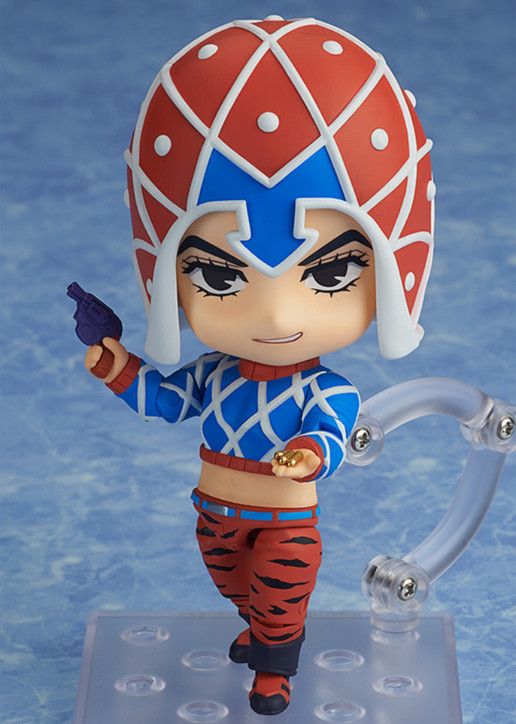 From the anime series "JoJo's Bizarre Adventure: Golden Wind" comes a Nendoroid of the easy-going and relaxed Guido Mista! The figure is fully articulated so you can display him in a wide variety of poses. He comes with a standard expression as though readying his aim at his prey in front of him, an unyielding combat expression and an intrepid smiling expression.

Optional parts include his gun and a Stand effect part for displaying Guido right after he fires a bullet. An additional Stand clear plate is also included, and can be used with the effect part for an even more impressive display. Be sure to add him to your collection! 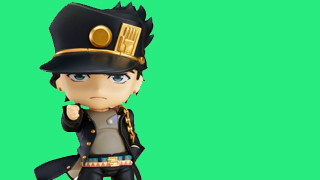