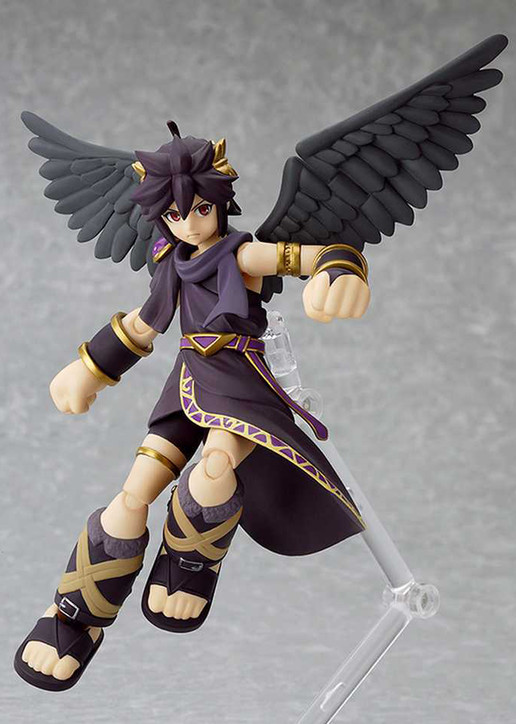 The Wings of Freedom, Dark Pit!

$189.95 Add to My Cart Processing...
Add to Wishlist Add to Collection

From the Nintendo 3DS game 'Kid Icarus: Uprising' comes a rerelease of the figma of the Pittoo, or 'Dark Pit', the character with black wings that appeared before Pit!

- Using the smooth yet posable joints of figma, you can act out a variety of different scenes.
- A flexible plastic is used for important areas, allowing proportions to be kept without compromising posability.
- He comes with both a glaring expression and a more upset-looking shouting expression.
- The staff he uses named after himself, 'Pittoo Staff' as well as his Silver Bow are both included.
- An articulated figma stand is included, which allows various poses to be taken.
*The AR card for use in the 3DS game 'Kid Icarus: Uprising' that was included with the first edition is not included.