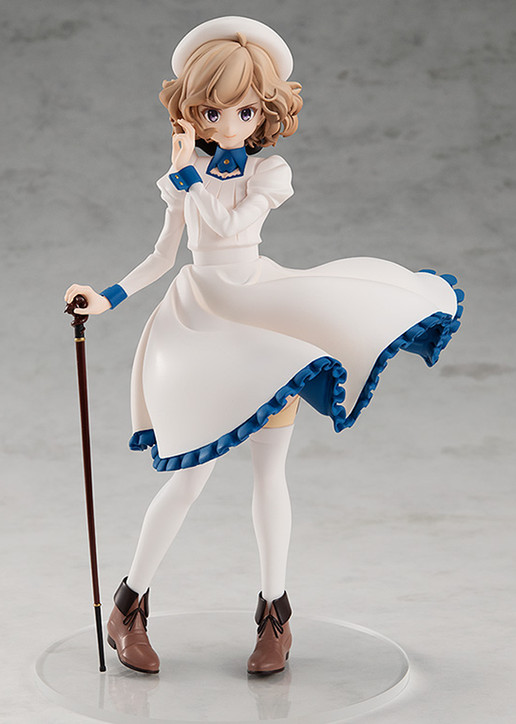 The girl who became the god of wisdom of supernatural beings.

The next figure to join the series is Kotoko Iwanaga from 'In/Spectre', the one-eyed and one-legged girl who became the god of wisdom of supernatural beings. She's been faithfully recreated based on the anime's key illustration, posed in a confident, dignified stance with the dynamic, flowing look of her skirt carefully preserved in figure form. Be sure to add her to your collection!