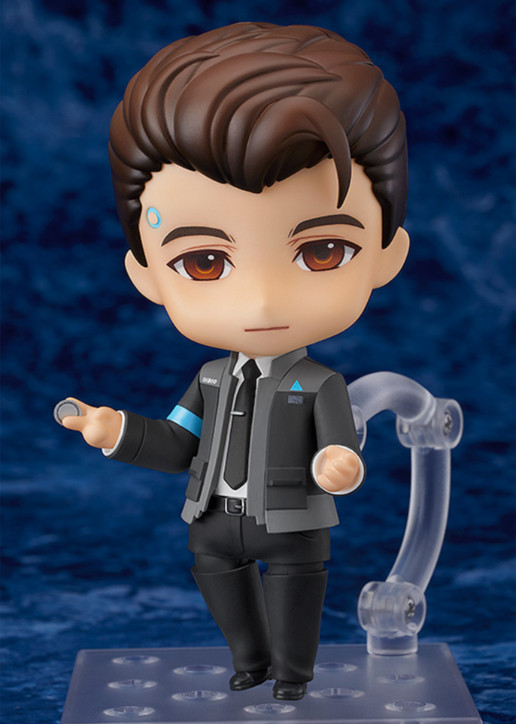 My name is Connor. I'm the android sent by CyberLife.

From the game 'Detroit: Become Human' comes a Nendoroid of the advanced prototype android Connor! He comes with two face plates: a standard expression and a winking expression.

Optional parts include his handgun, a fish, a clear sheet featuring one of the choices from the game as well as a textless version of the clear sheet, allowing you to pose him in different situations making different choices.

The Nendoroid also comes with three interchangeable color variations of the LED ring on his temple, allowing you to display it as either blue, yellow or red. Be sure to add Nendoroid Connor to your collection!