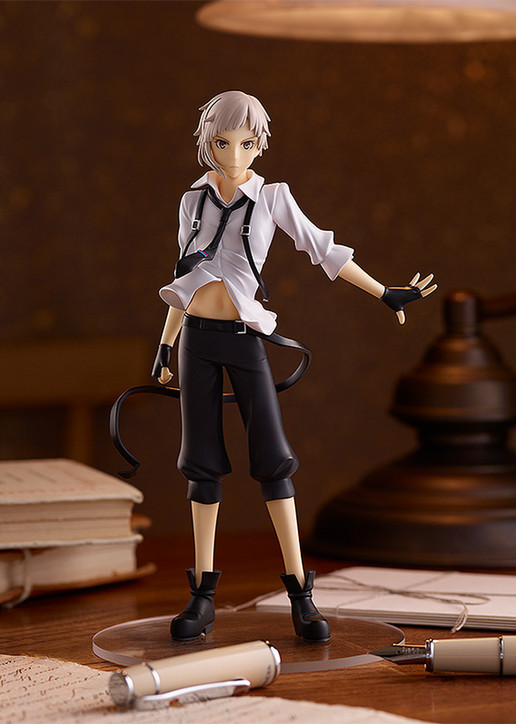 Ability: Beast Beneath the Moonlight.

From the anime series "Bungo Stray Dogs" comes figures of four of the supernatural ability users from the series. The first is of the new member of the Armed Detective Agency, Atsushi Nakajima. His forward-glancing expression and shirt blowing in the wind are just two of many highlights of the figure.