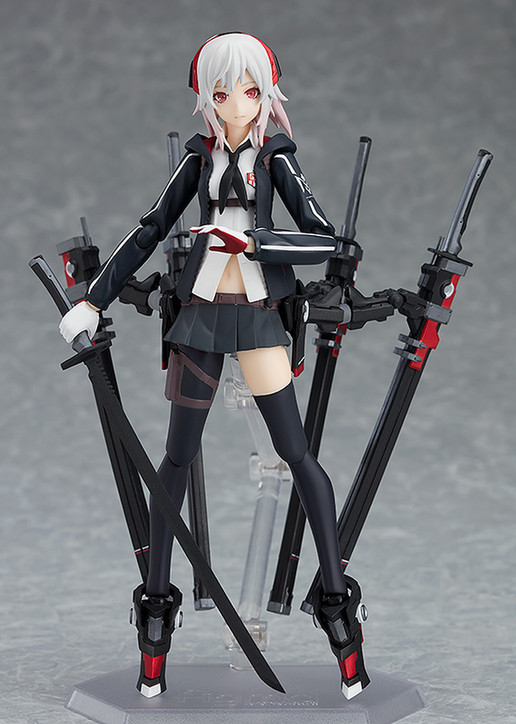 A rerelease of the fourth in the Weapons x High School Girls x figma series!

The fourth in the series of figma action figures based on the combined themes of weapons, high school girls and figma is coming back for a rerelease! From the "Heavily Armed High School Girls" illustrations released on the internet by illustrator neco comes a rerelease of figma Shi!

- The smooth yet posable figma joints allow you to act out a variety of different scenes.
- Drawer joints are used in her shoulders and thighs allowing for broader posing options.
- She comes with three face plates including an expressionless face, a shouting expression and a smiling expression.
- The original illustration has been carefully converted into figma size as faithfully as possible.
- The perfect size to use with 1/12th scale items such as TOMYTEC's ""Little Armory"" series (sold separately).
- Character reference card is included.