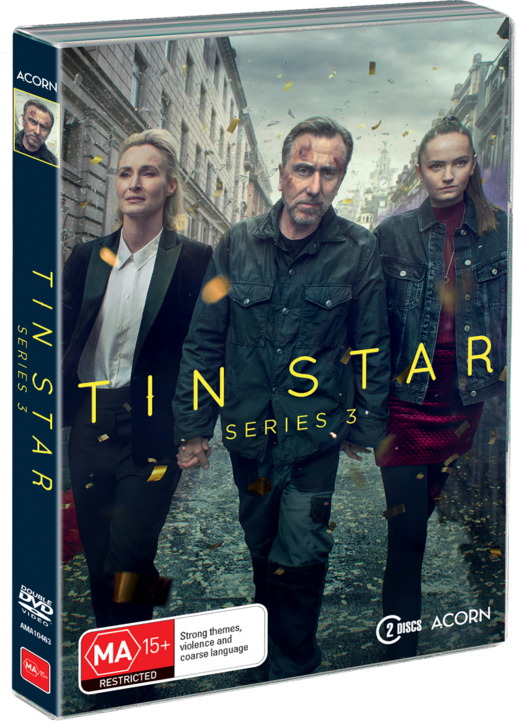 REVENGE COMES AT A PRICE

The third and final series of Tin Star is the most thrilling, shocking and darkly comic rollercoaster ride yet. It tells the story of Jack (Tim Roth, Pulp Fiction), Angela (Genevieve O’Reilly, Star Wars: Rogue One) and Anna (Abigail Lawrie, The Casual Vacancy) returning to Liverpool, where their story began twenty years ago, to face their deadliest enemies in a battle with the past to win freedom in the present. But instead, our heroes are forced to face up to the devastating and inescapable truth about who they really are.
FEATURING THE FINAL 6 EPISODES