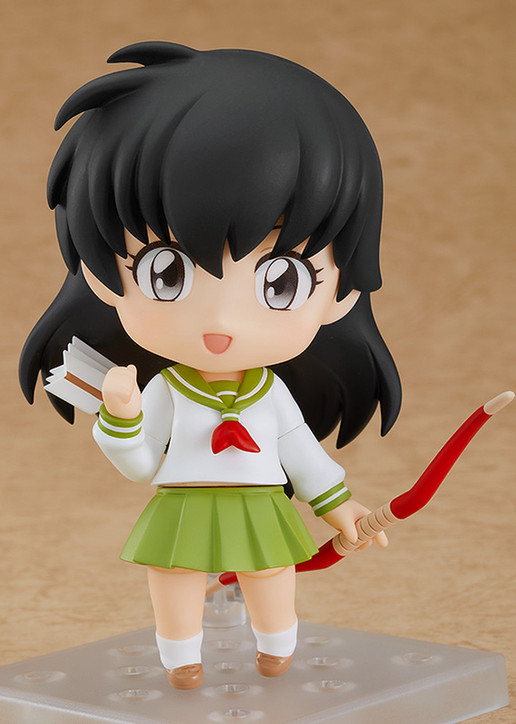 From Rumiko Takahashi's popular manga series "Inuyasha" comes a Nendoroid of Kagome Higurashi, the middle school girl who slipped back in time to the feudal era. She comes with three face plates including an energetic smiling expression, a determined combat expression and an angry expression as though shouting, "Sit, boy!"

Her bow that she uses to fight malicious demons is included, along with a quiver and an arrow. She also comes with interchangeable lower-half parts to display her sitting as well! Be sure to preorder her with the rerelease of Nendoroid Inuyasha (sold separately), also available for preorder at the same time!