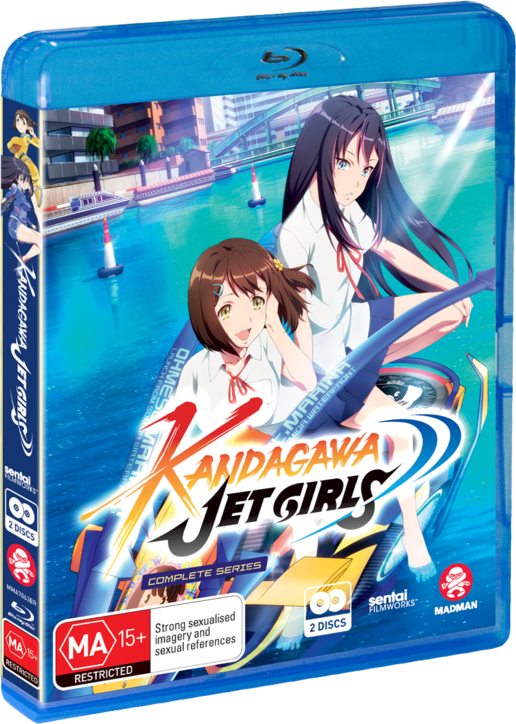 It's Wet! It's Wild! And These Girls Are Crazy For It

Rin Namiki's greatest ambition is to follow in her late mother's footsteps and compete in Kandagawa Jet Racing, where teams of girls on jet skis race while firing high-powered water guns to slow their competitors' jets (and blow off their clothing!). But since there's no jet racing in Rin's remote fishing village, that means moving, all by herself, to a girls' school in faraway Tokyo!