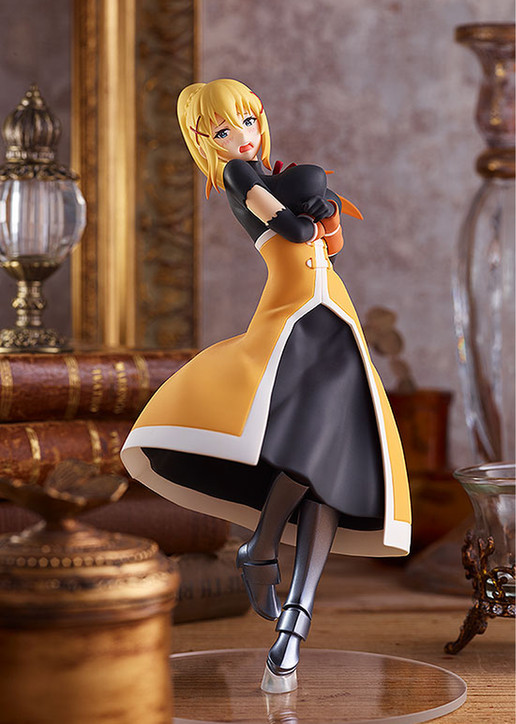 The masochistic crusader joins the POP UP PARADE series.

From the anime series "KONO SUBARASHII SEKAI NI SYUKUFUKU WO!" comes a POP UP PARADE figure of Darkness! She's been recreated in a moment of ecstasy while under attack.