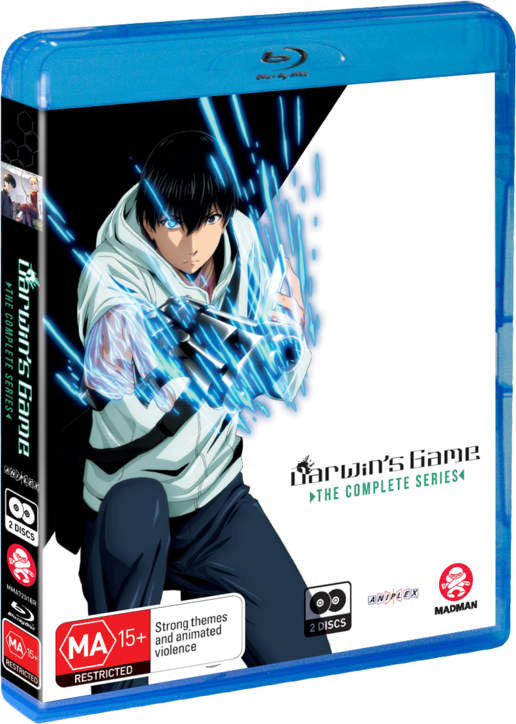 An unpredictable battle of superpowers!

Kaname Sudo, an ordinary high school student, receives an invitation to try a mysterious app called Darwin’s Game. Upon launching the app, he’s drawn into a game where players fight one another using amazing superpowers called Sigils. Unable to quit the game, he now must defend himself in spectacular battles against far more advanced players. Can he survive?