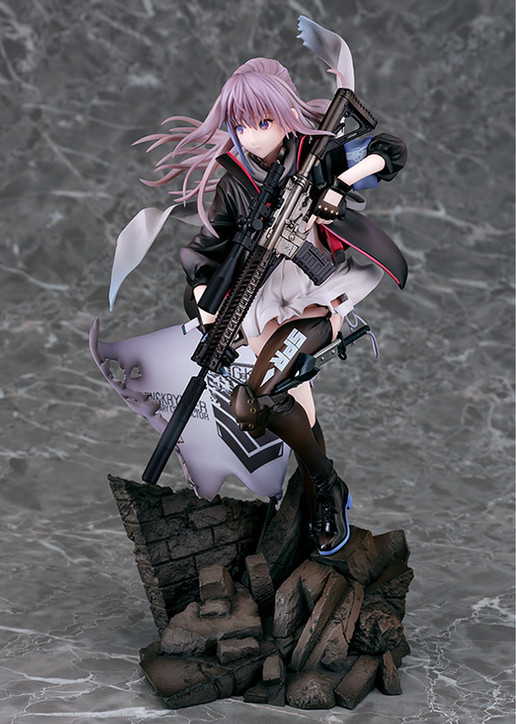 I will be the one who delivers the fatal blow!

From the popular smartphone game "Girls" Frontline" comes a 1/7th scale figure of the AR Team T-Doll ST AR-15! ST AR-15 has been recreated in a calm and collected pose as she proceeds into the battlefield. The figure is based on a special illustration by character designer LIN+ and has been created entirely under LIN+'s supervision as well.

Not only have things like her long flowing hair and jacket been carefully sculpted in figure form, even smaller details like her combat knife have been faithfully recreated as well.

The base of the figure features a burned Griffin & Kryuger flag atop a pile of debris, adding to the battlefield atmosphere of the figure.